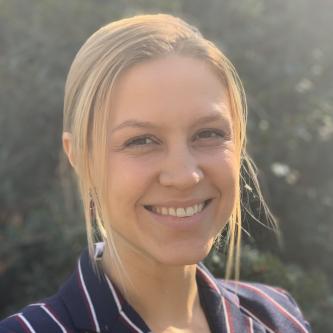 Britta brought nearly a decade of experience in the areas of environmental policy, government affairs, and multilateral negotiations. She started her professional career at the German Development Agency (GIZ) where she supported international development programs in the field of democracy promotion, good governance, and sustainable natural resource management. Prior to joining the Smithsonian, she also held roles at the NGOs Forest Stewardship Council and Rare focused on environmental policy, multilateral engagement, and international cooperation at the intersection of conservation and development. She earned a Bachelor’s and a Master’s degree in Political Science, Mandarin Chinese, and French after studying at University of Bonn, Beijing Foreign Studies University and Institut d'études politiques de Grenoble. As a U.S. Foreign Service spouse that grew up in Germany, Britta has cultivated her passion for languages and cultures, including in France, Korea, China, and Belgium. When not in the office, Britta goes running with her dog, enjoys horse riding, swimming, and kayaking, and is often upside down in her yoga hammock to gain a different perspective.

Our Staff: The Office of International Relations

The Office of International Relations (OIR) serves as the central point for Institution-wide advice, insight, analysis, and coordination of all international activities of the Institution.