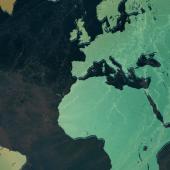 Gwyneira Isaac is the curator for North American Ethnology at the National Museum of Natural History. Her research focuses on Native systems of knowledge, knowledge diversity and the dynamics of intersecting cultural systems. Central to this study is her fieldwork and ethnography of a tribal museum in the Pueblo of Zuni, New Mexico, where she examined the difficulties faced and strategies developed by Zunis operating between Zuni and Euro-American approaches to the transmission of knowledge. Her recent collaborative work at the Smithsonian as part of the Recovering Voices initiative resulted in the development of a methodological platform focused on the applied synthesis of research, as a means to understand and integrate the production of new knowledge within interdisciplinary research on endangered languages. This includes public programming such as the session titled ‘What Role Can Museums Play in the Revitalization of Endangered Languages and Knowledges?’ held at the American Anthropological Association in 2014. This session brought together community scholars working with Recovering Voices to share lessons learned while working with museum collections.

In 2012, Gwyneira established a working group and forum on Native American health and culture that brings together researchers and community members in medical, anthropological, cultural and federal institutions that are engaged in defining Native health. The goal of this group is to examine the knowledge dynamics at play in the conceptualization of the relationship between health and culture. During the next phase of this project, community consultations will be developed to work with collections that contain plants and food as a means to support community efforts in building culturally driven health programming.

Through archival materials in our collections—sound recordings, field notes, books, and artifacts—Smithsonian’s Recovering Voices initiative helps reconnect individuals and communities with their linguistic traditions and sustain endangered languages for generations to come.