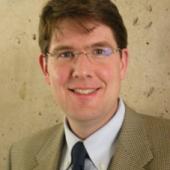 Brian I. Daniels is the director of research and programs for the Penn Cultural Heritage Center at the University of Pennsylvania Museum and a research associate with the Smithsonian Institution Archives.

Brian co-directs the Safeguarding the Heritage of Syria and Iraq Project, which aims to enhance the protection of cultural heritage in Syria and Iraq by supporting professionals and activists in impacted areas. He is also co-directing an initiative funded by the National Science Foundation to develop research methods for studying and documenting the intentional destruction of cultural heritage during conflict.

He has worked with Native American communities on issues surrounding heritage rights, repatriation, and recognition for over a fifteen years. Brian is a lecturer in the Department of Anthropology at the University of Pennsylvania and in the Cultural Heritage and Preservation Studies Program in the Department of Art History at Rutgers University. Previously, he served as the manager of the National Endowment for the Humanities regional center initiative at San Francisco State University, where he developed strategies for community engagement on cultural heritage issues. Brian received his joint doctoral degree in anthropology and history from the University of Pennsylvania in 2012.

Safeguarding the Heritage of Syria and Iraq (SHOSI)   Active

Smithsonian works with international partners to stem the destruction of cultural heritage in Syria and Iraq.