The Smithsonian Folklife Festival is an international exposition of living cultural heritage annually produced outdoors on the National Mall of the United States by the Smithsonian Institution’s Center for Folklife and Cultural Heritage.

The Basque Country is a region that spans borders. Located in northern Spain and southwestern France, straddling the Pyrenees Mountains, its spirit can be felt on the sheep-grazed mountains of Idaho, in fishing communities from Scotland to Newfoundland, and in towns across Mexico and Argentina.

From an early period, Basques looked beyond their borders for resources and inspiration, a trait that keeps them on the cutting edge of global economic and sustainability movements. However, their commitment to language and cultural preservation may be the key to their success. To present this intricate tension, musicians, dancers, boat makers, cooks, and other experts from the Basque Country and diaspora communities will share their unique traditions and perspectives as part of the Basque: Innovation by Culture program.

Basque culture has always emphasized innovation. The Basque were among the earliest European explorers, fishermen, and whalers to venture to the Western Hemisphere, and their culture reflects this historic influence. Many iconic Basque foods have their roots in the Western Hemisphere and the seafaring heritage, including bakailao (salted cod), piperrada (pepper-based sauce), and marmitako (tuna and potato stew). Today, Basque cuisine sets the standard for farm-to-table and sea-to-table quality.

The Basque have long been leaders in industry, helping usher in the Industrial Revolution after discovering rich bands of iron ore in their mountains. They prospered during the cooperative movement of the mid-twentieth century and are now innovators in car part manufacturing, sustainable energy, transportation, and engineering.

While Basque culture is innovative and outward looking, the people maintain strong cultural roots. They constitute one of the oldest communities in Europe, and today approximately one million people worldwide speak Basque, or Euskara, a language once on the brink of extinction and now an example of successful language revitalization. To many Basques, language is a key component of their identity. 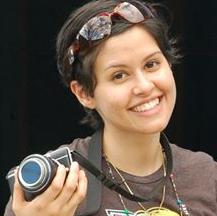 Cristina Diaz-Carrera is Curator at the Center for Folklife and Cultural Heritage. Since joining the Center in 2007, she has worked on several Folklife Festival programs, including México (2010), Campus and Community: Public and Land-grant Universities and the USDA at 150 (2012), Colombia: The Nature of Culture (2011), and PERÚ: Pachamama (2015). In early 2013, Cristina became the Folklife Festival production manager.